As a partisan, a member of the resistance in the matter of art, Max Grimm does not feel like. He is an ARTisan in the matter of art. The multitalented artist is inspireing the society already with his art. For many years now the subtle artist is a constant in the art scene of Magdeburg and the region. A wide audience estimates his unconventional painting style with full colour intonations. In his pictures not only people or animals are to be recognised, but above all certain subject groups in symbolical constellations. Max Grimm painted his first paintings in a very geometrical space. Also even today geometrical forms and patterns are a style element, but the cubistic and smooth form palette leads in a new direction. 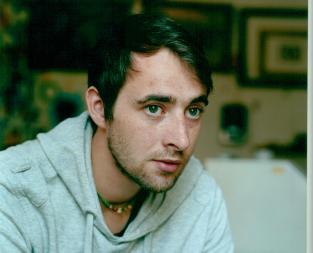 2012
Repainting of a piece of the Berlin Wall

2007
Exhibition of the 10 Nominee of the HO-Jugendkunstpreises Sachsen Anhalt, winner of the 3rd prize

Comission for the design of a mural painting of the Städtischen Werke Magdeburg in the public space
as well as for the foundation krebskranker Kinder,
the Blutbank des Universitätsklinikums Magdeburg
and the Puppentheater der Stadt Magdeburg